Scissors were invented in ancient Egypt around 1500 BC. The oldest known scissors were found in archaeological excavations in Mesopotamia. These scissors, which are 3000 to 4000 years old, consist of two blades and are connected by a curved flexible bronze band. From that day to now, scissors have come a long way. In addition to the daily use at home and office, scissors have been used in engineering, agriculture, cosmetology and medical fields to thousands of kinds.

Today's medical scissors are made of stainless steel, nitinol, titanium alloy and tungsten carbide. They come in various shapes and sizes, each suitable for a particular purpose. The type of ostomy bag scissors depends on the shape of the blade. Straight, curved, pointed and blunt blades are used in different medical applications, such as dressings and surgery. Medical suture scissors can be divided into three categories. 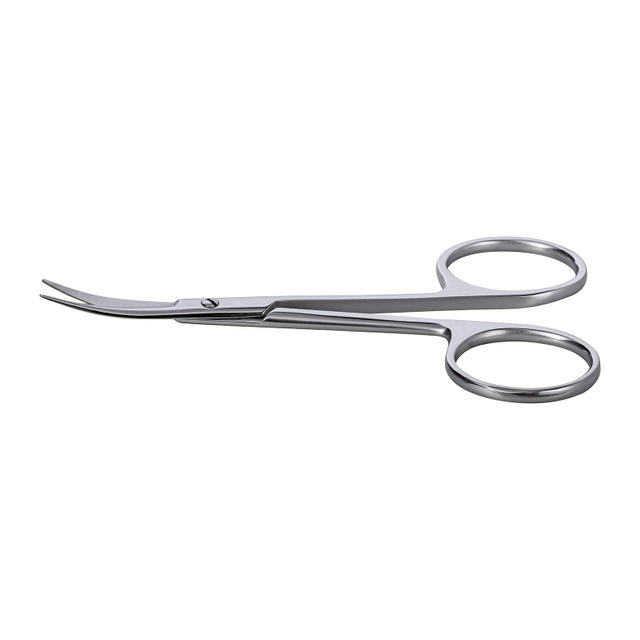 These best trauma scissors are also known as "tuff cuts," which used by medical staff or emergency workers to cut the clothes of injured people. The trauma shears have a plastic handle and a curved blade with a longer handle. The blunt bottom edge is easy to slide under clothes or safety belts, and will not scratch the skin or aggravate the injury. Long and curved arms make it easy to cut thick clothes, such as jeans or leather.

There are many types of large surgical scissors made of very hard stainless steel so that they have sharper edges and are not easily blunt. Some of them have tungsten carbide coating on the cutting edge to provide additional toughness. Surgical tactical medical shears can come in many different types, consisting of blunt, sharp and curved blades. Each type is suitable for a particular type of surgery. Most of these best medical shears can cut quickly and safely in a narrow space. Here are some common surgical best emt shears.

Anatomic scissors: This is a general-purpose surgical scissors used to cut the outer layer of skin or tissue during surgery.

Metzenbaum scissors: They are used for sensitive procedures, such as heart surgery to cut vulnerable tissue. They can be curved or straight, with blunt tips and made of tungsten carbide. Metzenbaum scissors usually have long handles.

Mayo scissors: They are developed by Mayo Clinic surgeons, these scissors are made of stainless steel or titanium and are used to cut fascia, a tissue that surrounds muscles, veins, and organs. Mayo scissors are usually 6 inches long and can have straight or curved blades.

Tenotomy scissors: They are used for fine surgery, such as ophthalmology or neurosurgery. Tenotomy scissors can be blunt or sharp, straight or curved, depending on their application, and usually involve small-scale and sensitive area operation and cutting. They usually have very small blades and very long handles.